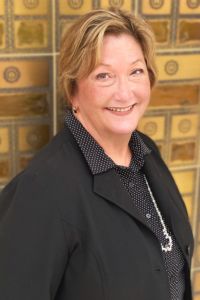 Our Development Director is responsible for marketing, meeting fundraising goals, and promotion of the work of Lee County Legal Aid Society, in addition to assisting the Executive Director. As part of the LCLAS team, Nanci also works to build pro bono service programs to connect Lee County attorneys with those in need. Nanci’s history of fighting for children’s needs goes back to 2009, when she became certified as a Guardian ad Litem.

She enjoys volunteering for other organizations’ United Way meal-packing events, working at the Lee Clerk’s Self-Help Center locations, and often donates her made-from-scratch cakes for auction at charitable causes throughout Southwest Florida.

Her community volunteer work includes having served as a Guardian ad Litem and was honored to have been named “2011 Voice of the Year” by Voices for Kids of Southwest Florida and the 20th Circuit Guardian ad Litem Program. She also served several years as volunteer Marketing Director for the Association of Family Law Professionals, where she scripted and directed a widely distributed video promoting cooperative divorce.

Nanci moved from Philadelphia to Fort Myers to start first grade in 1955, with her parents and six other siblings. As part of her local experience, she was a Princess in the Court of Edisonia in 1970. After college, Nanci moved to the Atlanta area, then spent 20 years in Gainesville with her husband and son, pursuing her love of fine art as Assistant Registrar and docent trainer for Santa Fe Gallery of Art. During this time, she also became a Master Pastry Chef specializing in wedding cakes with Customer Caterers, before moving back to Fort Myers in 1994. After graduating summa cum laude from Barry University, Nanci served as Marketing Director for ArtStudy Giverny in France and ArtStudy Florida on Pine Island with the local artist, Mr. Gale Bennett, before joining the Symphony staff.